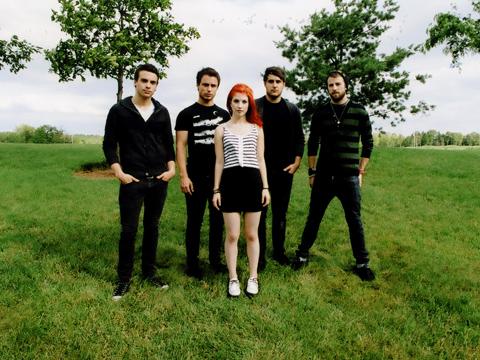 Many of us who are hooked on Twilight have probably heard the song ‘Decode’ or ‘I Caught Myself.’ The two songs were written by Paramore-one of the best bands of this century. Paramore has sold over 7 million albums. Two out of three of their albums went platinum while the other went gold.

Paramore’s first album titled ‘All We Know is Falling’ was written after Jason Bynum left the band. It was released in late 2005. Management at Atlantic Records did not want to promote the album because he wanted kids and teens to discover it on their own.

In 2006, the band released the ‘Summer Tic’ EP, which included 4 new songs. It was sold during the 2006 Warped Tour in order to support ‘All We Know is Falling.’

Riot, the second album went platinum in the U.S. The album has 4 singles-‘Misery Business,’ ‘Hallelujah,’ ‘Crushcrushcrush,’ and ‘That’s What You Get.’

Their most recent album is titled ‘Brand New Eyes.’ Many people were wondering what the title meant. According to www.Mtv.com, Hayley Williams says, “It was meant to be a song on the record. It was one of the first songs we put together, and it just didn’t work out…the lyric was originally really sad and negative. It was, ‘I lost all my friends because they got brand-new eyes.’ But we didn’t use the song,, [and we] stole the lyrics because we liked the sound of it. Basically, the concept is, ‘In order for our band to move on to whatever’s next-and also us personally, as individuals, in order to grow up- [we needed to start] seeing each other, seeing everything, in a whole new perspective. Just trying to let go of whatever we might have struggled with the past and just see each other in a new way.”

Brand New Eyes became a hit in the U.S. It was so popular that it made it to No.2 on Billboard’s 200.

After the album came out, Paramore released the statement that Josh and Zac Farro were leaving the band. Fans were devastated that the band was breaking up. The Farro brothers released a statement on their blog saying that the band was a “manufactured product of a major label.” He also says that Hayley Williams left the rest of the band in the dark. “The project was always meant to showcase Williams, and that, at her insistence, they were meant to operate under the assumption that they were an actual band. On the other hand, Hayley Williams said that none of that was true. Now, the current members of the band are Hayley Williams, Jeremy Davis, and Taylor York.

After former members Josh and Zac left, Paramore released their newest single titled ‘Monster’ for Transformers: Dark of the Moon Soundtrack. Hayley Williams reassured everyone that even though the Farro brothers left, the rest of the band would continue to make music and hopefully have a fourth album out by early 2012.