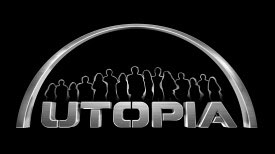 If you risked erasing all of history and started a whole new civilization for all who take part in the effort of survival, where would you start to build society?

“Utopia” is an imagined place or state of things in which everything is perfect. Fox television’s network has started a show in which a group of individuals are given a limited amount of money, resources, and supplies which they may use to start a new world in their small area for themselves.

These civilians are given about $4,000 to use for food, appliances, household objects, and common must-haves in order to survive in such a remote yet separate world in which they are trying to live in safely.

This show kicks off every Tuesday and Friday night (8 p.m.). Unlike “Survivor” on CBS, “Utopia” doesn’t result with a million dollar prize winner nor does it have interviews about each player and gossip throughout the competition. The show does not provide challenges to prove higher ranks of teams in terms of physical strength or capability to think things through faster than others, and there are no tribal councils voting off players or exiling competitors for not being as quick to make physical and mental decisions in certain situations.

There is no privacy given to the Utopians as they are filmed 24/7. Forget the past and present; only think about the future and where “Utopia” will take you. “Utopia” is a great show because it views the perspectives of how 15 citizens would start a civilization from scratch with limited resources, amounts of currency, and ideas pertaining to their daily necessities in order to survive a new, unstable life as they are creating “Utopia.”