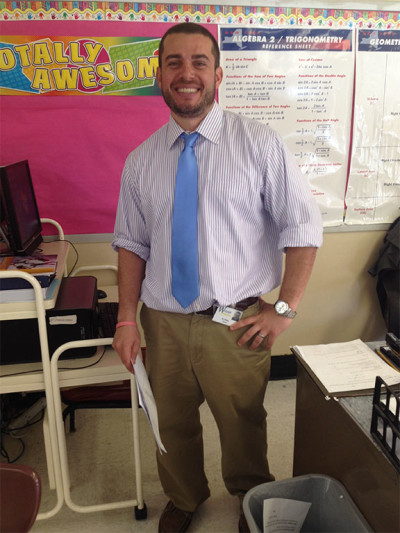 Former Wantagh math teacher Mark Rotella appeared on the TV show “Wheel of Fortune” on September 17 and was a huge winner.

Rotella taught at Wantagh High School for the school year of 2013-2014. The following year Rotella returned to Brentwood High School, where he had taught for many years.

On the show Rotella won $50,300 and a trip to Cabo San Lucas, Mexico. Rotella lives with his wife Renae Rotella who is a guidance counselor.

The episode was filmed in Los Angeles in mid-August and was part of Teacher’s Week. As a fan of the show Rotella applied to be a contestant online. When he first found out he was going to be a contestant on the show he was very excited and immediately told his parents and his grandfather who lives in Florida. Rotella was so ecstatic to be on the set of a show he has seen on television so many times at home.

Rotella is not only a math teacher, but also a lacrosse coach at his former high school, Smithtown West High School. After the winning the money and vacation Rotella plans to spend it on the trip to Mexico and to celebrate his wife and his anniversary.