The Bachelor: The Final 3 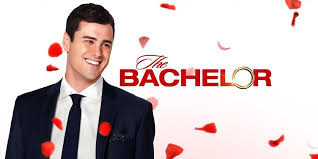 It’s at this point in the season of “The Bachelor” that the competition between the contestants is really intense. The stakes are high and they all want Ben to marry them.

In last week’s episode Amanda, a contestant, was kicked off the show. It was really emotional and heartbreaking for viewers, because she had two little girls who she finally let Ben meet. They all had a great day at the beach, and then came back home to meet the rest of the family. Ben was great with the kids, which really impressed Amanda, who said she could see him being a great addition to the family and playing the role of a father. Her family was a little skeptical about whether or not he was ready to be a father, considering how young he was, but Ben really seemed eager about the situation and like he was really in love with Amanda.

Ironically, Ben let JoJo, another contestant, stay, despite his pretty bad hometown experience. First, he walked in on JoJo crying about a letter that her ex sent her, and she actually went along and called “Chad”.

I was surprised that Ben didn’t seem skeptical about the whole situation. JoJo’s mother seemed to like Ben and gave JoJo motivation to open up to him. JoJo’s dad seemed alright with the situation, but not visibly thrilled. Lastly, JoJo’s two brothers called Ben out on the fact that he is brainwashing the girls that he is dating on the show, and brought up a good point, that Ben will of course seem ten times more attractive when there is a competition to marry him.

They adore their sister and don’t want to see her get hurt again after her last experience being in a relationship, with a boyfriend who was hardly attentive to her.

The other two hometown dates went smoothly, with Ben winning over Lauren’s sister, and Caila’s mom telling her that she should open up to Ben. From what I saw, though, Ben didn’t have a huge connection with Caila’s family. Also, Caila has moved to so many places in her life, whereas Ben has a lot of passion and soul for his hometown. They might clash on the matter of whether they will settle down or move frequently. As for tonight, my prediction is that Caila will be sent home, since they seemingly have the least connection, and she hasn’t even told Ben that she loves him yet. At this point I find it very hard to believe he would send JoJo or Lauren home, since he seems to be smitten with both of them. It will be very hard for him to decide between them, but I think they will be the final two.