“Jumanji” the Sequel Stars The Rock 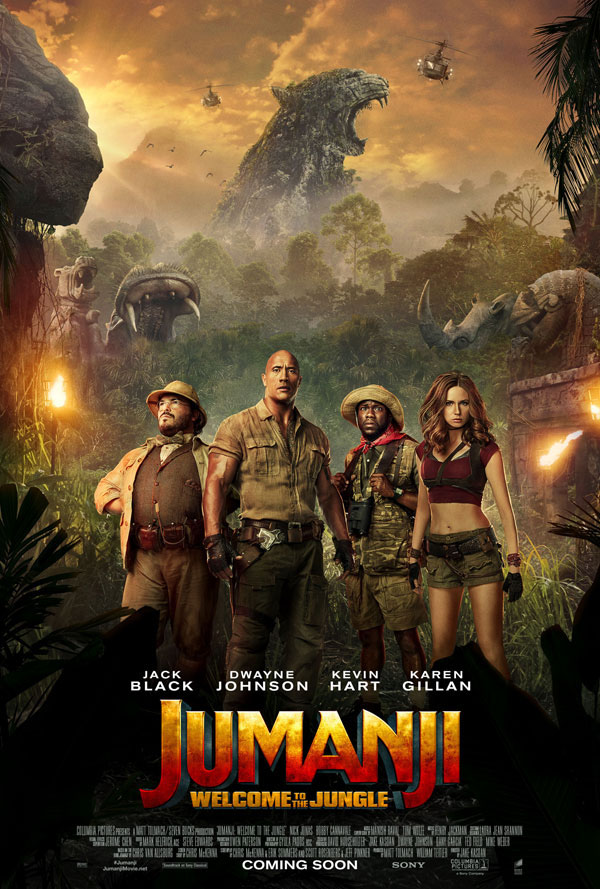 The sequel to the first “Jumanji” film was released on December 20, 2017. “Jumanji: Welcome to the Jungle” has action, adventure and comedy. Filmed in Hawaii, it features Dwayne “The Rock” Johnson as Dr. Smolder Bravestone in the movie; Jack Black (who does a great job) as Professor Sheldon; Kevin Hart as Moose Finbar; and Karen Gillan as Ruby Roundhouse.

The first Jumanji film, released in 1996, began in said time period with a teenage boy who found a board game but wasn’t interested in it at first. The game, called Jumanji, eventually gets the boy’s attention. After that, the kid disappears into the game which featured the late great Robin Williams. That brings us to the sequel, where four kids, who are in detention, find the same game. Not only do they disappear, but they become part of the game as well.

The four kids become the characters they choose when they enter the game. I find it quite funny how everyone had to act like something they weren’t in real life. They barely knew each other, yet they had to depend and trust on each other if they wanted to complete all the levels of the game and get out.

My friends didn’t like this movie as much as they liked the first movie. In my opinion, the movie was great. It had great actors, was funny, and I loved the ending. It’s definitely a movie to watch and share a laugh with your family.