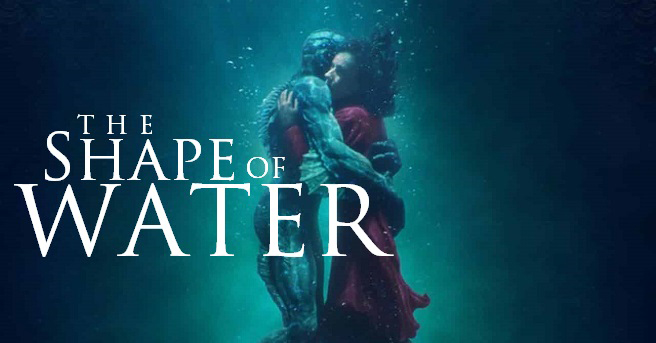 With the 90th Annual Academy Award Ceremony right around the corner and the nominations declared, it has become evident that there is one film that the academy values above the rest. Guillermo del Toro’s “The Shape of Water,” which has received 13 Oscar nominations. This may be confusing to many due to the movie’s odd concept (a unique love story) but upon seeing the movie myself the hype is completely justified.

First, the film presents itself very well. It has a stunning visual presence and, similarly to many of del Toro’s movies most sets are color coordinated. For example, everything in the apartment has a yellow tint while everything in the diner has a green tint. Outside of the sets, del Toro presents breathtaking images often accompanied by the film’s impeccable soundtrack. Also, unlike many modern monster movies, there is no computer generated animation. The monster is portrayed by del Toro collaborator Doug Jones in extremely impressive makeup and costume.

The story itself kept me engaged at all times with interesting characters and a unique story . While it does possess a few cliches, the movie surprised me at many points. It brings del Toro’s usual blend of monster madness to the table; and also brings a lot of of elements that may be outside del Toro’s comfort zone. Usually, his movies are horror or action. This movie possess aspects of horror, action, drama, science fiction, romance, adventure, fantasy and a few sprinkles of comedy.

Of course the greatness of the story is only as good as the talent of the cast. The entire cast consists of relatively unknown actors, which is quite surprising considering their undeniable talent. The cast overcame impossible odds considering the two main characters of the movie are mute. Namely Sally Hawkins’ performance as a mute and isolated janitor is stellar considering she only uses facial expressions and sign language to express her character. The supporting cast holds their own as well with both Octavia Spencer and Richard Jenkins snagging Oscar nominations for best supporting actor and Michael Shannon delivering a chilling performance as the film’s villain.

Overall, this movie is definitely worth a look. In theory the movie may seem ridiculous but the execution has so much heart and effort put into it that it exceeded my initially hesitant expectations. del Toro has considered this film his greatest and quite honestly that may be true. It took numerous risks all of which paid off considering the movie’s immense presence at the Academy Awards. If I were to compare it to anything it would be a fairy tale. Much like a fairy tale, it is whimsical and uplifting but at same time dark and bizarre.