Gorillaz – the New Rage in Music 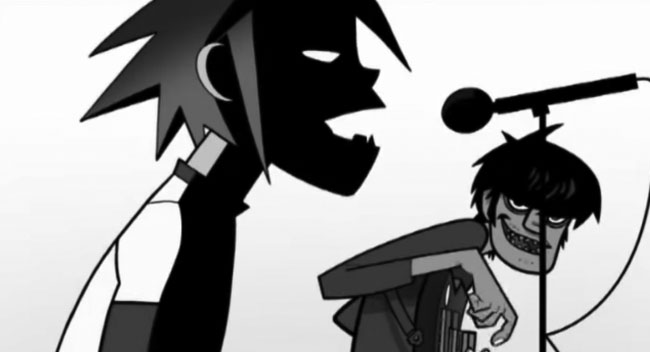 A few days ago, the British music award show, “The Brits”, took place. To the surprise and excitement of many, the popular band Gorillaz won Best Band. Over the past year Gorillaz, a band often associated with the 2000s, has resurged in relevance due to the release of their new album “Humanz.”

For those unaware of Gorillaz, they aren’t your everyday band. Gorillaz is referred to as a “virtual band” because all of the band members are animated fictional characters who are featured in their music videos and appear as holograms during concerts. The characters 2D (keyboards, vocals), Murdoc (bass), Russel (percussion) and Noodle (lead guitar) have become absolutely iconic and even those who aren’t fans of the band would recognize them upon seeing them. Because there are no real permanent band members (other than the voice of 2D, Damon Albarn), the band has a constantly changing sound. The majority of their songs are collaborations with rappers such as De La Soul and Snoop Dogg.

The band was the brainchild of former Blur member Damon Albarn and cartoonist Jamie Hewlett. The idea came from when Albarn and Hewlett were watching MTV. Hewlett claimed that if you watch MTV for too long, it begins to feel like hell. Gorillaz began as a way to comment on that.

What started as a simple way to satirize the music industry spawned into a massive franchise. The band released many songs that ended up becoming extremely popular, such as “Clint Eastwood”, which has sold 480,000 copies in the UK, and “Feel Good, Inc.”, which won a Grammy in 2006 for best pop collaboration.

In 2017, Gorillaz released the first album in about 7 years which garnered an overwhelming response from fans and critics alike. It was so popular that a Gorillaz animated TV show has been rumored to premiere later in 2018 . This is only further proof of their increasing success in the entertainment industry and for good reason. The band is totally original, unpredictable and entertaining regardless of whether you’re a fan of cartoons, music, or both.