Towns Damaged by Irene Got the Help They Needed 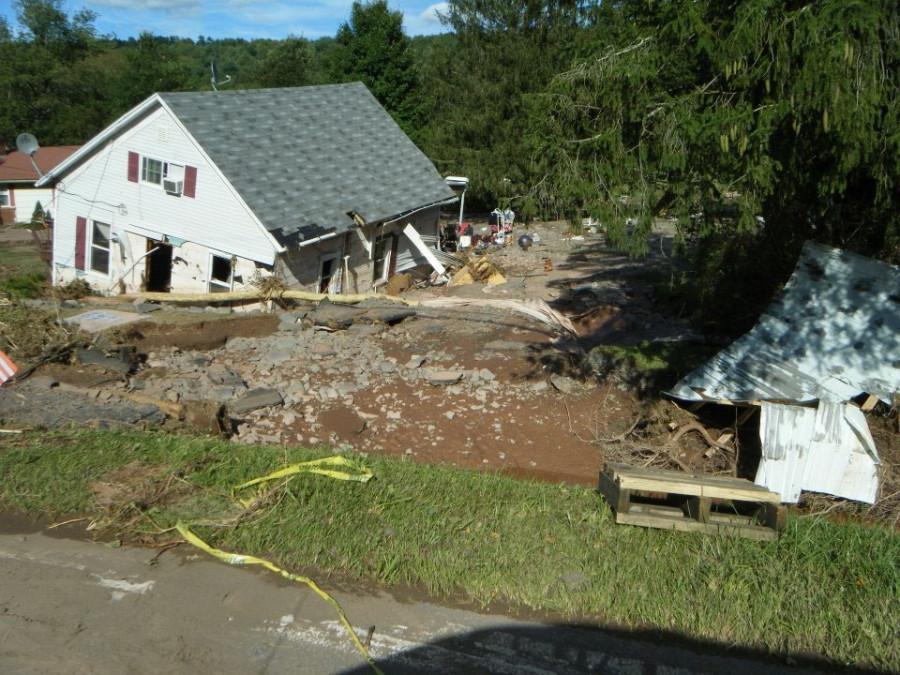 Hurricane Irene has taken a toll on several towns in the Catskill Mountains.  Prattsville and Windham have been destroyed.  Prattsville had worse damage than Windham.  I saw the damage in Windham and it was horrible.  Windham is dear to my heart and I almost cried when I saw all this damage done to my old vacation town.  Thankfully, someone did something to help.

Cody Mortimer, a senior here in our high school, helped collect donations to aid these towns.  He held a seven hour donation drive and spent his time handing out flyers that said what was needed.  He did all this as an Eagle project for boy scouts, but I know that he would have done it anyway.  Windham was and still is very important to him.  Along with the help of other boy scouts, his friends, and his family (including me) they managed to collect enough donations to fill two vans and a truck!  Another van met us upstate in Windham and that car was full of donations too.  The people of Prattsville and Windham greatly appreciated all the donations.  Some of the donations were given to the Salvation Army and was brought up to other towns that needed food and clothes.

The damage to the towns was unbelievable.  We were only able to see Windham.  All roads leading to Prattsville were closed.  There were houses that were torn apart and the river that runs next to Windham was bigger than I have ever seen it.  You could see enormous walls of dirt that were caused by the flooding of the river.  It was completely devastating.  We didn’t find out about the worst thing yet.  A friend had told us something that made my heart break.  A man was moving his car, while his wife was still in the house.  The house fell into the river and was washed away and the man’s wife was still in it.  The man saw the whole thing.  His wife died right in front of his eyes.

Cody Mortimer has helped the towns that needed it and has done a good deed.  Congrats on your success.  Not only did he manage to set up everything, he did it all in about ten days.  Most Eagle projects take a month or two.  Everyone was amazed by his dedication and how quickly this was put together.  Windham and Prattsville greatly appreciate the help!