Breaking the Mystery of the Amish 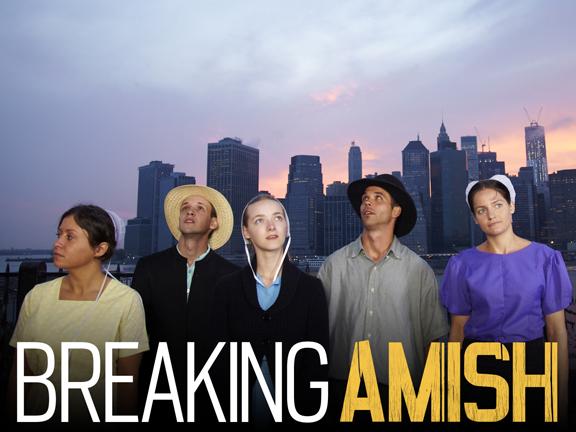 America has developed a sudden interest in the Amish community. It seems that everyone is trying to peek into the minds and lives of the Amish. But how much do we really know about them?

I had the pleasure of spending the day with an Amish family, in Lancaster, Pennsylvania this past summer. The Amish don’t invite “the English,” meaning people outside of their community, into their home. I was able to ask questions and see their home and see a brief view of what their life is like.

The roads contained horse and buggies riding alongside the cars. The house was located down a long driveway. It was a nice looking house, with a barn, a large span of land, and a dog walking up to greet the cars. The different houses were very spread out, but not enough that you weren’t able to see the neighbors clearly.

After a friendly greeting, we waited for the men of the house to come home from a long day of work. They work about 12 hours a day. Since the careers take community members on a long commute, they are allowed to ride in trucks to get to and from their jobs, as long as they are not driving. Also, work may require speaking on the phone. They are allowed to speak on the phone, as long as it is not a phone in their home. In their home, they use flashlights.

Though they do not use copious amounts of technology, but they are not ignorant to it. They weren’t awestruck by our phones or dumbstruck by our cars. The Amish are surrounded by technology; they just choose to ignore it.
When the men came home, I noticed the older ones had beards and the younger did not. Just like a wedding ring, growing a beard is a sign of being married.

The children showed me the games that they play. There were many toys to keep them occupied, from things as simple as blocks to battery operated toys. These toys included bop it and Nintendo Gameboys. They also showed me scooters that they own.

The youth go to school until they reach the eighth grade. Then in their ninth year they go to school once a week. They learn customary subjects such as English, arithmetic, history, German, English language, and writing. The women in the family I met help out at the school during the year.

Before we left, we were given the chance to take a horse and buggy ride. Let’s say that “around the block” isn’t the same in length as we are used to. The ride showed me much of the surrounding houses and land. It was very beautiful. Something interesting about the buggy was that it had indicators. By law the horse and buggies need them, for safety reasons.

The last things we did were set off fireworks. It was surreal to see the fireworks explode over a large expanse of open land, which you wouldn’t normally see in our area. The younger kids even tried to invite over neighbors. They contact their neighbors by whistling. After all the fireworks were set off, we went inside to say our goodbyes. The family sang us a religion themed song. It was beautiful. It was as if the whole family was naturally born being able to sing.

On the ride home, I reflected on the day spent with this interesting family. It is always enlightening to learn about a different culture. Although they live a very different lifestyle, they weren’t drastically different then we are as people.

Editor’s Note: Thank you to the Amish family that gave me the privilege to be welcomed into their home and to allow me to ask them question about their lives. Also thank you to the Ferruggio family for taking me on this enlightening trip and for introducing me to a wonderful family.