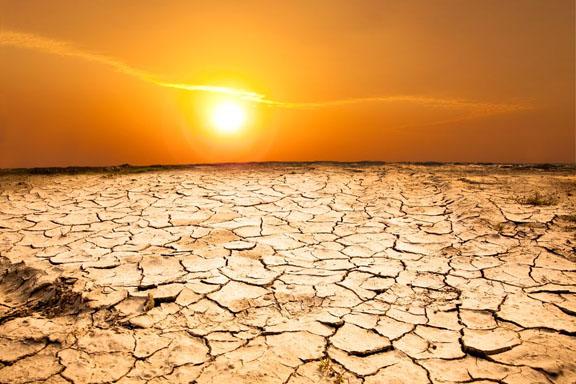 December’s rare rain was embraced by Californians. But what will it take for the state to recover from the drought they’re enduring? Or will the Golden State have to merely adapt to these Sahara-esque conditions?

California is experiencing its fourth year of drought — the worst in centuries. And according to the LA Times, the crisis is far from innocuous. Reservoirs and aquifers are hitting record lows. Rainfall is scarce. Currently the land is so arid that a storm could produce negative results such as flooding, sinkholes, and landslides.

California’s drought is a crucial problem. Firstly, it is the most populous state in America. California is home to 38 million inhabitants, all of whom obviously need water to survive. In addition, the state is one of the top ten agricultural producing states. According to the USDA, agriculture accounts for approximately 80 percent of the nation’s consumptive water use. Here’s a visual example: growing one head of broccoli requires 5.4 gallons of water; growing one walnut requires 4.9 gallons of water. Water shortages will harm California’s citizens, environment, and it’s economy.

On the East Coast, our deciduous forest biome consists of approximately 30 to 60 inches of rainfall a year. So the idea of having a water shortage is difficult to fathom for us New Yorkers, especially with our fancy sprinkler systems, our long luxurious showers and an array of other water-consuming appliances. So what can we do to help, considering we’re 2,000 miles away?

We need to be conscious of our water use. And this pertains to all of us, not just to California residents. We’re all guilty of it; we leave the water running while brushing our teeth, we let the shower run so it gets steamy. But as global warming (or “global weirding”) persists, we need to be more mindful, less wasteful. As Americans, we are privileged. We mustn’t take everyday conveniences for granted.
The Association of California Water Agencies states, “Saving water is not hard. We simply need to be smart about using what we have. Remember, every drop of water is important. Use water wisely. The drought is on–turn your water off.”