Disrespecting the Pledge of Allegiance 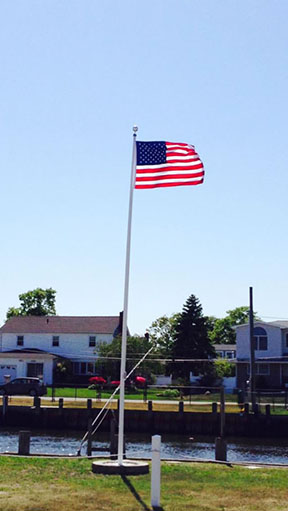 In August 1892, Francis Bellamy, a socialist minister, wrote the Pledge of Allegiance. It was published in the September 8, 1892 of “The Youth’s Campaign”. Overtime the Pledge was changed. In 1923 the first change was made at the American Legion’s National Flag Conference. “My flag” was changed to “The Flag of the United States.”

Over the years of going to school I have noticed being respectful during the Pledge of Allegiance has decreased in significance. When we first started elementary school we all learned the words to the Pledge of Allegiance. We were all able to quickly adapt to saying it every morning with our teacher and classmates once the bell rang. Soon we realized that we also say it before public events like a baseball game or assembly at school. Our teachers told us that we had to stop everything we were doing, put our right hand on our heart, and stand up facing the flag. They explained to us how it is wrong and disrespectful if we don’t stop what we are doing and continue on doing what we are doing.

The vast majority of students and faculty at Wantagh High School do show respect during the Pledge of Allegiance. However, there is a select few of students and even faculty who have decided that being respectful during The Pledge is not important to them. I have seen them continue walking in the hallway, if they are in the hallways at that time. Some students remain to stay in their seats and then half way through the Pledge they decide to stand. Others will stand but continue to look down on their phones. By talking and not stopping what you are doing during the Pledge can be very offensive to many Americans.

The Pledge of Allegiance symbolizes our freedom. We are so fortunate to live in a country where we can believe in what we want to believe in, dress the way we want to, and do so much other things we couldn’t do if we lived in a country with no freedom.