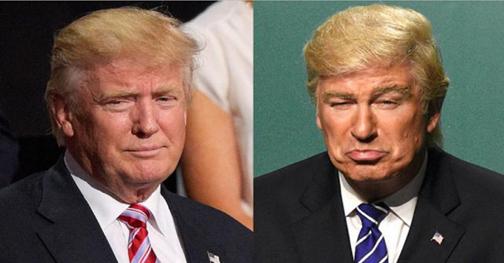 “Saturday Night Live” has been entertaining viewers for almost 41 years. The show is known for its skits making fun of public officials and celebrities. The first president made fun of on the show was the 38th President of the United States, Gerald Ford. Ford was made fun of for being clumsy.

The skit that night would be an over exaggeration of Ford constantly falling or dropping everything. Meanwhile Ford was not the clumsiest person in the world, (in face he might have been our most athletic president as he was an All-America football player for Michigan) but he was portrayed as clumsy on the show for views and for comedy. “SNL” has done this with every president and even president elects. It is now President-elect Donald Trump’s turn.

Trump has been made fun of for months by SNL, from his debates to his rally’s to his private life Trump skits are top on the charts of comedy.Donald Trump is portrayed by Alec Baldwin who is a well known comedian.

Baldwin’s impersonation is over exaggerated and displays the comedic effect the show wants for the skit. Trump is the first politician to comment on the show in a negative way.

Trump commented about the show on his twitter saying “I watched parts of @snlnbc Saturday Night Live last night. It is a totally one-sided, biased show- nothing funny at all. Equal time for us?” Minutes after the December 3 “SNL” show Trump tweeted: “…unwatchable! Totally biased, not funny and the Baldwin impersonation just can’t get any worse.”

No politician, especially the president, has made such a comment regarding “Saturday Night Live” and how it portrayed them.

Baldwin, who grew up in Massapequa, tweeted back after the December 3 show: “Release your tax return and I’ll stop.”