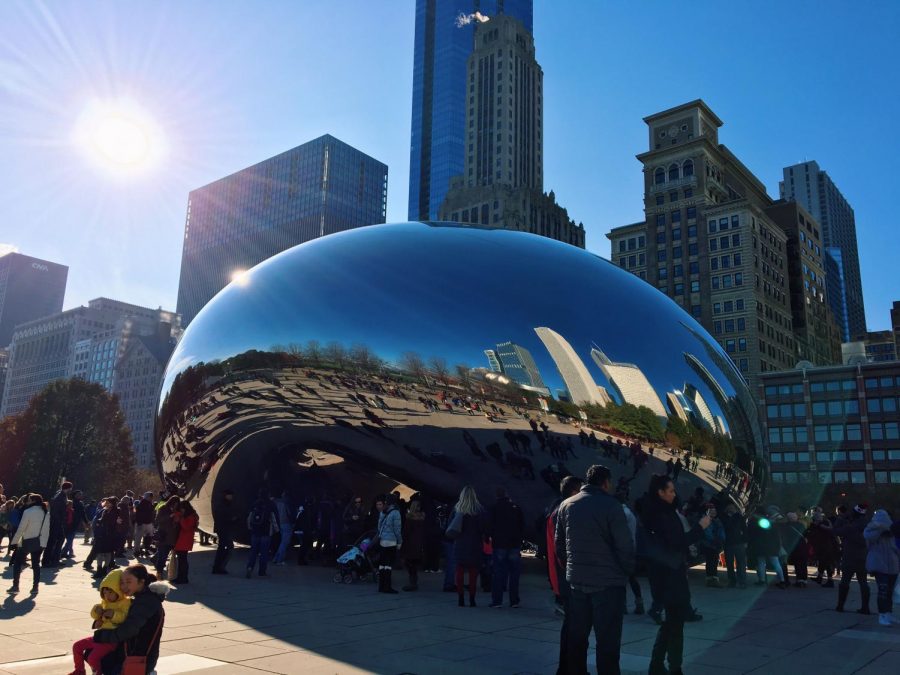 Willis Tower, Wrigley Field, The Bean, Soldier Field: Chicago has it all. My family and I visited Chicago November 19.

We began our tour at Union Station, a railroad station that opened in 1925. It replaced an earlier station built in 1881 and today remains as the only intercity rail terminal in Chicago. It was just like Grand Central Station.

Later, we went on a narrated bus tour around the city. The fun facts the tour guide told us were incredibly interesting. We drove past Drake Hotel, where Marilyn Monroe and Joe DiMaggio stayed. We saw where Michelle Robinson met Barack Obama. We passed by Rush Street, where the best steaks in the world are served. We drove down the Magnificent Mile, where you are charged for store credit even if you don’t purchase anything. There goes window shopping.

We got off at Millennium Park, home of the famous “Cloud Gate.” It is also known by tourists as “The Bean.” We took pictures and walked around. There was a ice skating rink below a bedazzled Christmas tree which reminded me of Rockefeller Center. There was also an open air concert platform, like Jones Beach.

We later went to the Navy Pier for lunch. The view of Lake Michigan was stunning. Lake Michigan is one of the five Great Lakes and the only one located entirely in the United States. The water was a vibrant turquoise blue and clear as crystal. Something that surprised me was the fact that the lake has large waves. It’s not as large as Long Island beaches, but still huge.

As the day wound down, my hands began to chill and Chicago’s nickname, “The Windy City,” took on a whole new meaning.