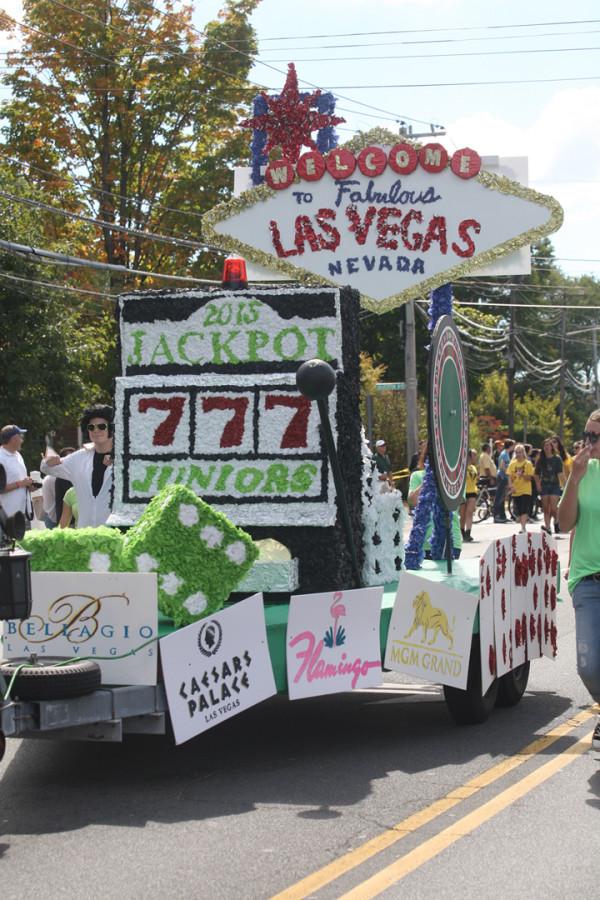 Homecoming is always the most exciting event to start the school year off. This year, was no exception. Friday started out with the traditional pep rally. The fall teams were introduced, dance team and cheerleaders performed, and there was even a surprise “Harlem Shake,” September 28.

Before the game, the marching band, cheerleaders, Grand Marshall Ed Ciminielli, members of Wantagh’s Board of Education and administration, and the class floats marched down Wantagh Avenue and make their way to the high school. The float theme of this year was “Cities.” The seniors had New York City, juniors had Las Vegas, sophomores had Hollywood, and the freshmen had Seattle. The juniors won and the seniors were second.

The Warriors played the Elmont Spartans. The team was led by Michael Ferraro, a senior, who scored the team’s two touchdowns, leading the warriors in a 14-7 victory.
During halftime, the cheerleaders and dancers performed. The school band also performed, under the direction of Mindy Dragovich and Zach deVries. They played the theme from Rocky, “Gonna Fly Now” and “Mercy, Mercy, Mercy.”

After the performances, Ariana Caradona and Avery Kratzer announced winners of the float contest and homecoming court. The juniors took first place in the float, followed by seniors, freshmen, and sophomores. After the float winners, Andrew Bloniarz and Stefanie Wenz were announced homecoming king and queen. Nick English and Paige Craig were first runners-up followed by Lous Doria and Alyssa Kelly as second runners-up.