The Challenges of ALS 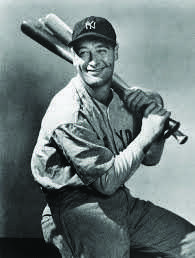 Could you imagine not being able to use your hands, legs, feet or even not being able to talk? That’s what the impact of this neurodegenerative disease known as ALS is. Odds are you know ALS because of the viral videos of people dumping ice cold water on their heads to raise awareness and money for the disease.

Everyone’s heard of the ice bucket challenge, and everyone knows how to complete the challenge, but not everyone knows what ALS is. ALS stands for Amyotrophic lateral sclerosis. The challenge raised a lot awareness and even more funding for research for the disease in the past year, though. Even famous people such as former president George bush, 50 cent, and LeBron James, have completed the challenge and donated money.

ALS affects about 30,000 people in the United States. “Every year about 5,600 people are newly diagnosed with this awful disease, that’s about 15 people every day,” as researched by the ALS associations’ website. ALS is a neurodegenerative disease that attacks the central nervous system resulting in loss of control of their motor controls and speaking, etc. Even though people with this disease cannot use their body usually their mind stays sharp and unchanged. This disease basically kills the passage ways from the brain to body until the whole body shuts down. The average life span after diagnosis is usually 2-5 years. And those years are spent progressively decaying in a wheel chair.

ALS gained a reputation when Lou Gehrig, a first basemen on the New York Yankees, was diagnosed with it, which is why the diseases nickname is Lou Gehrig’s disease. Another noteworthy person who has ALS is Stephen Hawking. Stephen Hawking is a brilliant cosmologist and one of the world’s leading scientists who has lived with ALS for almost half a century, exceeding the average lifespan of someone with ALS.

And now ALS is picking up attention again from the ice water challenge. As of September 8th the “ALS association” raised $110.5 million in ice bucket donations, so it has been a huge success as of current. This is a huge milestone because in prior years people with ALS have had little hope since there was nearly no research taking place simply because for the amount of people who had it, it was not profitable.

ALS is a terrible disease with so many victims per year, which is why the ice bucket challenge was created and why so much money has been raised in the past year. Even though ALS may be far from cured, at least now attention has been brought to it and now meaningful research is taking place for those who are unlucky enough to have it.