Barnum’s Animals Freed For the First Time in 116 Years 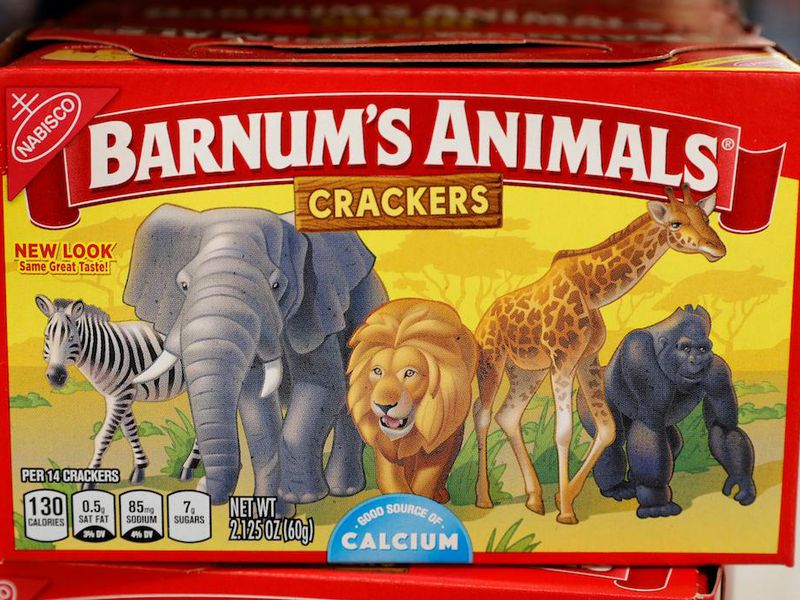 The iconic package of Barnum’s Animals brand animal crackers is likely a fond memory from the childhoods of many – the red box with four smaller yellow boxes on it, with each box containing an animal and its name printed above it on a blue nameplate. But it probably never occured to many children that the boxes are supposed to represent cages – or the fact that “Barnum” in the name of the crackers refers to the Ringling Bros. Barnum and Bailey circus, which closed its doors in May 2017 after legal disputes from animal rights activists and dropping sales due to reasons including the mere fact that the elephants were no longer being used in shows.

So naturally, the packaging design of the crackers had to be modified to reflect how our current society places more of a priority on the ethical treatment of animals; and as of August 21, 2018, the Barnum’s Animals packages depict the lions, tigers, elephants and gorillas that consumers grew up seeing in cages out in the wild, walking across a savanna with green grass and trees in the distance.

This packaging design change was fueled by PETA, one of the most infamous yet well-known animal rights organizations; they originally proposed the idea of a new Barnum’s Animals package design in 2016.

The change would help keep the brand “modern” and “contemporary,”  according to Jason Levine, chief marketing officer of North America for the company that distributes the crackers.

Though nostalgia is a major selling point for the crackers, which is why the package design hadn’t changed in a major way for 116 years, not too much has changed in regards to them; the logo itself and the recipe remain the same.