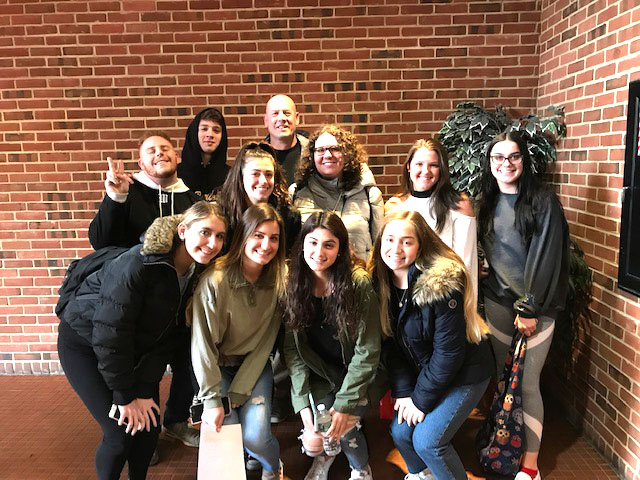 The highlight of the day was the Quill Award ceremony. Wantagh’s journalists watched with their fingers crossed in the hopes that one of them would bring home a prize. Two students won awards — Jess Nealon got second place for Best Photograph, and Jillian Laino got an honorable mention for the Best Sports Article. The competition was challenging as over 300 students from 30 high schools participated.

It was the 15th year in a row that Wantagh students had won awards at Press Day.

The event began with a light breakfast of croissants and apples and led into a panel discussion, similar to Hofstra’s Press Day held in December, which Warrior journalists attended. The topic of the discussion was how to integrate print news with online and social media-driven news. Numerous volunteers, including two of Wantagh’s students, were able to contribute questions to the discussion. A breakout session followed where  small groups of students had Q-and-A sessions with the panelists.

The journalists left the trip with feelings of triumph and pride and many valuable lessons learned from the discussion.