Amazon Supermarkets To Open Up Nationwide As Early As 2020 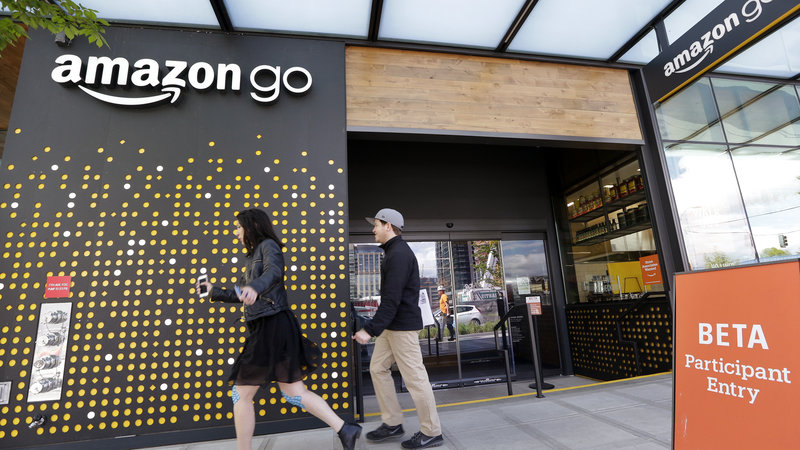 Amazon is a giant in the corporate world. It is the second company to have reached $1 trillion, following Apple, and since 2017 when it acquired numerous companies including Whole Foods, its stocks have risen exponentially. Amazon’s plan to continue making more and more money on the daily includes entering the world of selling fresh groceries—and since 2016, they have opened up numerous “concept stores” called Amazon Go. Amazon Go stores are supermarkets with a twist—they are both cashierless and have no checkout lines.

Amazon Go supermarkets allow anyone with an account on amazon.com to enter the store, as long as their account is hooked up to an approved pay system. According to an article by Danny Vena written for the Motley Fool, an economics news site, “Using a combination of weight detectors, computer vision, sensor fusion, and artificial intelligence (AI), the system tracks customers and the items they take from the shelves, creating a virtual register tape as they shop. A customer then leaves the store with [their] purchases, and a digital receipt is sent to the app.”

Amazon announced November 4 that their chain of Amazon Go stores, which already has 21 locations across Washington, New York and California, is set to become nationwide, beginning with locations in Los Angeles, Chicago and Philadelphia.

According to Supermarket News, “Although not a direct competitor to supermarkets, the cashierless Amazon Go convenience store format is also seen as a threat to brick-and-mortar food retailers.”  However, the current stores’ sales have mostly been flat over the three and more years they have been open. Amazon does intend to have at least 3,000 locations opened within the next several years, so there is a high possibility that the brand will become successful and provide an efficient, unique alternative to the traditional supermarket.