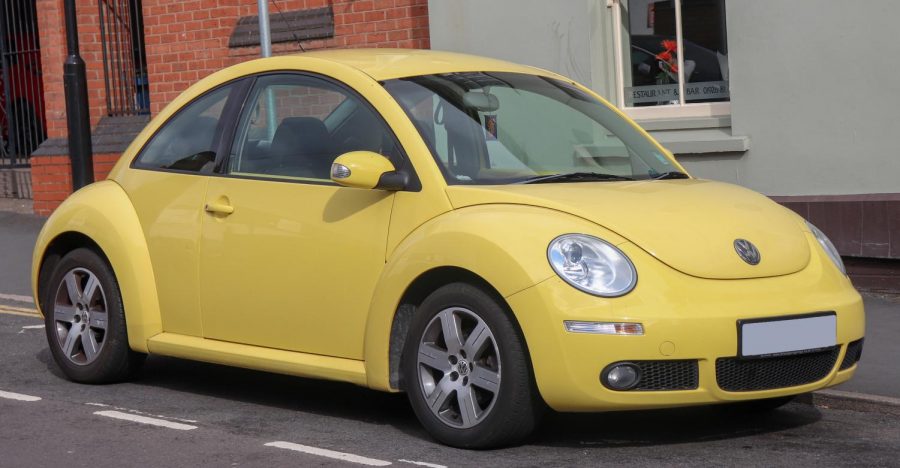 Volkswagen, the famed German automaker, saw the discontinuation of two popular car models in America—the Golf SportWagen and ever-so-iconic Beetle—in 2019, with the final models being sold throughout the year. The Golf SportWagen was the last remaining true station wagon model on the market by any non-luxury car brand as of 2014, since the Subaru Outback, its main remaining station wagon competitor, had been retooled into more of an SUV in late 2014 for the 2015 model year. With the discontinuation of the Golf SportWagen, only a few station wagons remain on the market—all made by luxury brands such as Audi, Porsche, Volvo, BMW and Buick, with the Buick Regal TourX being the only station wagon currently for sale made by an American brand. Even then, it isn’t made in America—the car is built at the Opel plant in Rüsselsheim, Germany and is also sold as the Insignia Country Tourer under the Opel brand name in its home country.

Station wagons, once the most popular and trustworthy form of vehicle beloved by middle-class families for over 40 years, have become a car only the upper-class can afford—and the average consumer simply doesn’t desire a station wagon anymore. Station wagons’ peak of popularity was from the 1950s to the 1980s, when Chrysler created their first minivan. Because station wagons offered the same driving feel as a typical car but with extra space for the whole family and a more roomy interior, along with their “seats that folded down for hauling luggage, groceries and pretty much anything else, along with two-way and three-way tailgates with retractable windows, along with sliding roof panels, and liftbacks for versatility,” according to The Atlantic, they were very attractive to parents and many working adults. However, minivans combined these features with even more space for people, luggage, groceries, and pets—sometimes fitting up to nine people—so they quickly became popular and many station wagons started to first see their demise in the late 1980s following the introduction of the minivan. According to The Atlantic, “The last American full-size wagons—the Buick Roadmaster and…the Chevrolet Caprice Classic, were discontinued in 1996.” The 1990s were the decade when the SUV was born, combining the best of the station wagon and the minivan into unique, rugged vehicles that could take the whole family for a ride, go off-road, and hold sufficient amounts of cargo. SUVs were also available in many different sizes, from compact crossovers which often are the same size as cars, but taller, to full-size SUVs which resembled more beefed-up station wagons. According to a 2003 U.S. Senate hearing, “by 1999 the U.S. sales of SUVs and light trucks for the first time exceeded sales of regular passenger cars.” Though numerous minivans continue to be sold, with the introduction of the SUV, consumers gradually had less and less of a need for station wagons because SUVs could do much of the same things station wagons could but with a sportier ride.

SUVs continue to be extremely popular to this day. The best-selling car of 2019 was the Toyota RAV4, a compact SUV which sold 200,610 units. It is a very customizable car with numerous trim levels which allow it to be a mild commuter vehicle or a rugged off-roader. Because of the rise of compact SUVs, there has been less of a consumer demand for compact cars—even ones with iconic, unique designs like the Volkswagen Beetle. The Beetle is well-known for its bubbly look, which has allowed it to gain prominence in pop culture like movies such as The Girl Next Door and Bring it On. To some it might be synonymous with the name “Herbie” for fans of The Love Bug series—which earned the vehicle its colloquial name of “Bug”—or “Bumblebee” if you’re into Transformers. However, despite its popularity in the media, few drivers still wanted to purchase the newest model of the vehicle as something they’d drive on a day-to-day basis—and as a result, the final Beetle models were made and sold in 2019 and the car was discontinued after 81 years. The fact that the Beetle is a compact car is to blame.

There’s an adage which goes “bigger is better,” and this principle certainly applies for everything in America—including cars. As parking spaces in America tend to be wider and longer than those in other countries, and there’s far more parking spaces as vast parking lots are common, there is not as high of a demand for compact cars to fit into small spaces like there is in Asian or European countries. Though there is a market for compact cars in the United States, consumers tend to prefer brands which are reliable, convenient, and create high-quality vehicles. American brands, such as Ford and Chevrolet, are more well-liked for their SUVs and trucks, with their compact cars tending to pale in comparison quality-wise to their Japanese rivals created by Nissan, Honda and Toyota. The best-selling compact cars are the Nissan Sentra, Toyota Corolla and Honda Civic; the three cars from Japan each sold over 200,000 units in the United States in 2017. Due to simply being unable to compete and a lessened interest in compact cars in American shoppers, with the allure of SUVs being to blame, manufacturers like Ford and Chevrolet felt they had no need to keep selling compact cars. For both the Chevy Cruze and the Ford Fiesta, these cars’ party was over in 2019 as the manufacturers discontinued production of them. In the case of Volkswagen, two compact car styles were offered up until now—the iconic Beetle and the more practical Jetta. Shoppers tended to prefer the Jetta over the Beetle because the Jetta offered similar features to its Japanese competitors. The fact that the Jetta was redesigned from the ground up in 2019 to make it a far sportier, swifter and tech-savvy car, with 10 colors of ambient light inside to give the drive a bit of personality, also gave it an advantage over the Beetles. One of the perks of the Jetta is that, according to the Volkswagen website, “The Jetta is the first Volkswagen in the U.S. ever to offer BeatsAudio,” an immersive audio experience which combines the technology of the famous Beats headphones with in-car speakers. The Beetle had none of the features the Jetta did, and as a result, it suffered with today’s consumers.

Only time will tell whether or not the luxury station wagons or Japanese compact cars continue to thrive as well, as SUVs continue to dominate.