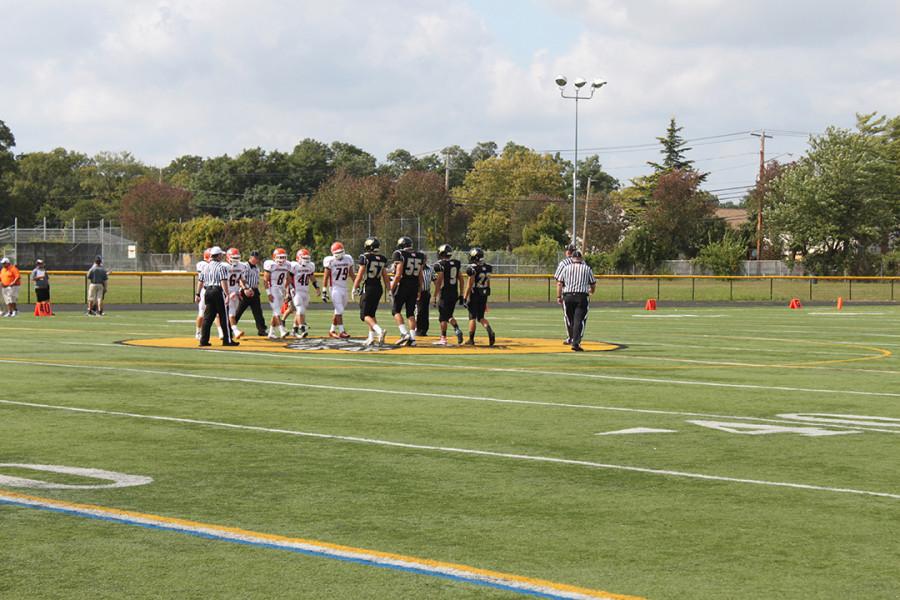 Wantagh defeated Sewanhaka 30-21 at Wantagh, November 7 in the first round of the playoffs to reach the conference semifinals for the 8th straight year.

Against Sewanhaka, Dylan Beckwith led the Warriors by scoring three TDs. He put Wantagh up by 14 with a pair of first-half rushing touchdowns. He then helped clinch the game with a 20-yard TD reception from quarterback Rob Tucker. Corey Sachs also caught a TD pass from Tucker and Chris Taibi hit a key field goal.

In its final game the Wantagh football team shutout Westbury, 14-0 to secure a home playoff game.

Wantagh defeated Elmont, 31-14, in its second-to-last game. Vinny Vasheo lead the Warriors by rushing for 161 yards and a touchdown. He also caught a 75-yard touchdown pass that was thrown by Tucker who went 5-13 with 135 yards passing. Sliwak added 101 yards rushing and had a touchdown himself. These three couldn’t have done it without their offensive line, led by captain George Potts at Left Tackle.

The Warriors season started off on a good note, beating New Hyde Park 35-12. Vasheo returned a punt and a kick for touchdowns and rushed for one touchdown and 101 yards on 14 carries. Bruno Surace also contributed with 37 yards on the ground for 7 attempts and a touchdown.

The Warriors defeated Long Beach, 23-13. The offense that game was led by Tucker who threw for 202 yards and threw for one touchdown and the defense, led by three year starter Sommer had nine tackles and has been through it all. Junior Bobby Casey sealed the game with a 25-yard interception return for a touchdown with under four minutes remaining in the game.

The team had a rough game against Carey, losing 40-7. After that game, the team’s hopes of getting to the playoff semis at Hofstra appeared to be in jeopardy. The team also dropped a 34-14 game to Garden City, though there were a lot of positives out of that game; Surace scored a 15-yard touchdown and 77 yards rushing and Tucker threw for 199 yards.

Both the O-line and the D-line started off rough, according to Sommer, but they’re definetly improving. At guard are Michael Korwan, Dylan Sampieri, and Sean Colbert. Tackles are Potts and Buchner with Corey Sachs on tight end.