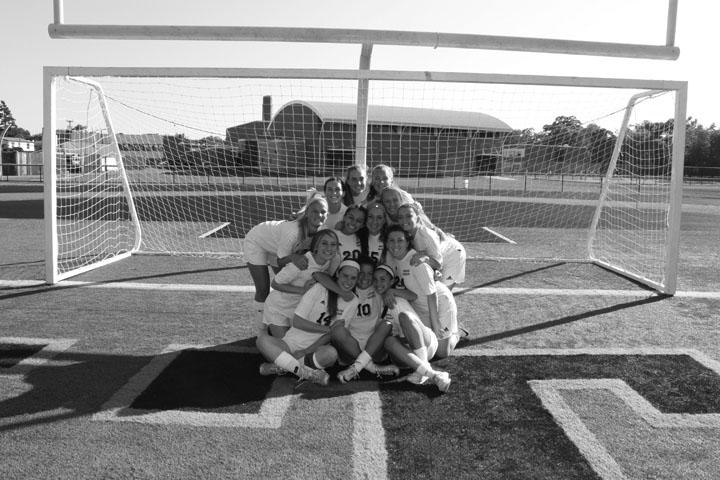 The Wantagh Varsity girls’ soccer team was definitely the team to watch this fall season. Finishing off the season with eight wins, one of the wins coming against perennial powerhouse South Side, two loses, and one tie, the team went into playoffs ready to work hard. Lead by tri-captains Amanda Profera, Tori Flahery, and Jordyn Klapper, the chemistry and determination of this team was amazing, and very noticeable.

As playoffs started, the nerves kicked in. Wantagh, the No. 2 seed, faced No. 15 Hewlett in the round of 16 of the playoffs. One mistake or one slip up in the game could mean the girls season would come to an end, but no pressure right? The game wasn’t an easy one, with the ending score of 1-0, on a goal by Klapper off a feed from Julianna Kissane. Juliana King earned the shutout in goal. It was on to the quarterfinals.

The next game against Manhasset was the “make it or break it” game. Winning this meant that the girls would carry on to something no other Wantagh Varsity Girls’ soccer team had ever done – play in a county semifinals game. The team has had many great seasons but always seemed to falter in the quarterfinals. But thanks to determination and the tactics of Coach Polo, the girls were ready to put everything into this game.

The first half was a rough one, ending 0-0, but with a quick yet effective pep talk during half time by the captains, the girls were ready to play harder than they ever had. Twelve minutes into the second half, Amanda Profera slips in a goal in with an assist from junior Nikki Sliwak. Freshman goalie Julianna King did not let anything pass her, for a second-straight playoff shutout, taking the girls to their very first semifinals game at Adelphi, against Wantagh’s arch-rival, Garden City.

During the season Wantagh had beaten Garden City, the defending Class A state champs, 2-0, September 16 on goals by Klapper, who scored 9 goals this year, and Profera, who led the team in scoring with 13 goals and five assists. Though, they had lost to the Trojans at Garden City, 2-0, in their second regular season contest.

The game was set to start at 8 o’clock on Halloween night. You could feel the tension in the air as both teams warmed up on opposite sides of the field. As the first half began, anyone could see this game would not be easy. Both teams were fighting to win, no matter what. Thirty-nine minutes into the first half Profera scored to put Wantagh ahead off a beautiful cross from Flaherty.

Garden City tied the score and then the game went through two overtimes and to penalty kicks.“When we went into overtime we knew the game could go either way, we kept fighting despite being tired,” said Klapper.

But Garden City prevailed 4-3 on PKs and went on to the county finals where it lost a close game to South Side.

Wantagh finished 12-3-1 in a terrific season. Helping the offense were Melissa Horn (who had seven points) and Shannon Kingston. Kaitlyn Cerasi and Darcie Smith were physical defenders. Sophomore Amanda Lynch and senior Lauren O’Mara did a great job at sweeper. And Ally Murphy was another solid defender.