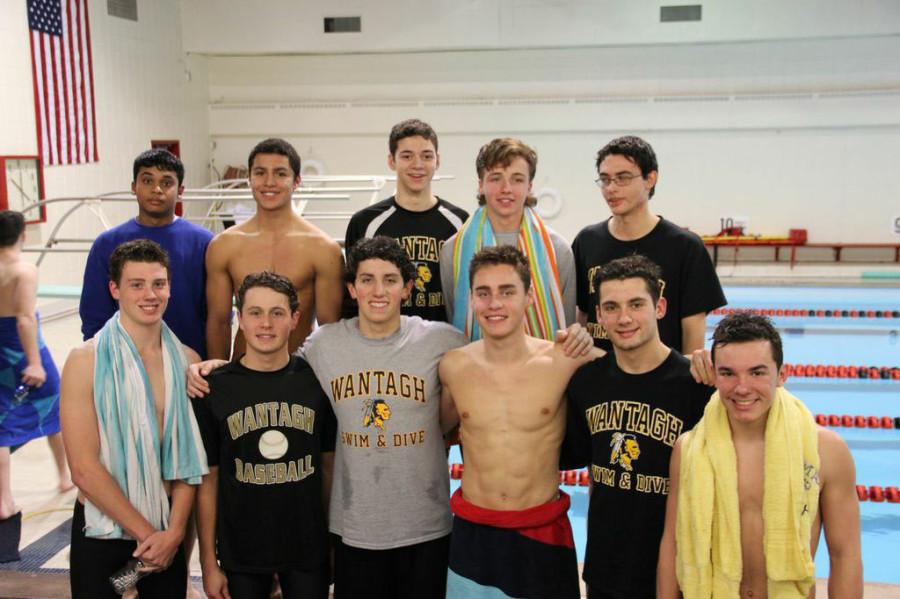 Tri-captains Zuelch, Massa and John Eletto along with junior Kravitz broke all three school relay records – 200 medley, 200 free, and the 400 free. Those four swimmers hope to reach states in both freestyle relays and in their individual events.

In the biggest dual meet of the year, Wantagh took perrienal power Garden City down to the last race, before dropping a 91-90 meet. “We won all three relays but just came up one point short,” said Coach Chris Rafferty, who has coached the boys’ and girls’ teams 20 years. The guys pulled together and nearly pulled off the huge upset.”

Alex Massa has already qualified for the states in 200 free and 500 free. “Chase, Matt and John are a mere second away from qualifying for the states,” said Raffety.