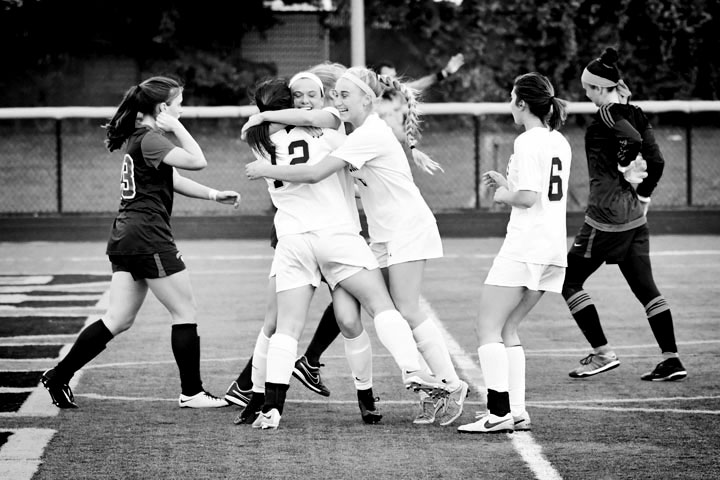 The Warriors had a rough start when they lost to Manhasset, 2-1, in the opener and then to Mepham, 3-0, but they worked hard and a month later defeated Manhasset 2-1. Julianna King made a penalty kick and the score was tied 1-1. With less than a minute left, Morgan Flaherty sealed the win with a goal off a Kissane corner. This was a big confidence booster for the team.

They also lost a 4-3 game to eventual Nassau County champ and Long Island champ North Shore in the final regular season game. Wantagh led in that game late in the second half on goals by Ashley Gendels, Bella DelaCruz, and Jackie Corbin before North Shore scored two late goals.

Coach Polo has coached the girls for the past seven years and has done an incredible job. Four years ago he guided the team to its first-ever playoff semifinal and in each of his seven years the team has won at least one playoff game.

In the first round of the playoffs the No. 4-seeded Warriors defeated New Hyde Park, 1-0, on a goal by Ashley Gendels. The Warriors made it to the second round of playoffs, the quarters for the seventh-straight year, where they had a tough loss against Mepham. Casey O’Connor had a goal off a corner kick, along with Julianna Kissane’s goal to tie the game and bring it to overtime. Unfortunately, Mepham won 3-2. King made 10 saves in that game.

“Our captains were great leaders and I wish them the best of luck if they play in college,” said Stephanie Tracy. Overall the team had a successful season, finishing with an overall record of 6-6-2.